A new study by researchers at the Virginia Institute of Marine Science suggests that continued warming of Atlantic coastal waters may enhance the spread of invasive blue catfish within the Chesapeake Bay and other estuaries along the U.S. East Coast. 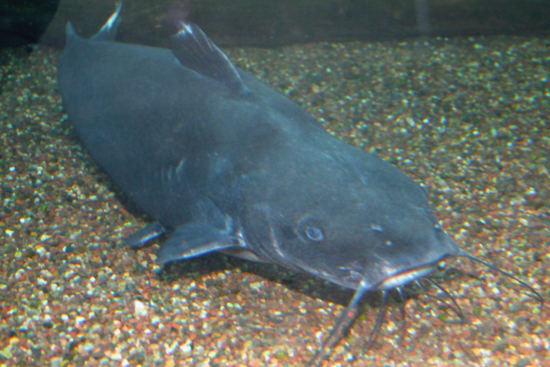 The research, by Drs. Vaskar Nepal and Mary Fabrizio of VIMS, appeared in a recent issue of PLOS ONE. It builds on an earlier study by the two authors showing that blue catfish can better tolerate salinity spikes than most freshwater fishes, and thus may be able to expand their range downstream into mainstem Chesapeake waters, and from there into new Bay tributaries and even Delaware Bay. “Blue cats” were introduced to tidal freshwater stretches of the James, York, and Rappahannock rivers during the 1970s and 1980s to enhance recreational fisheries. They feed on vegetation, mollusks, and fishes, often out-competing native species such as white catfish. 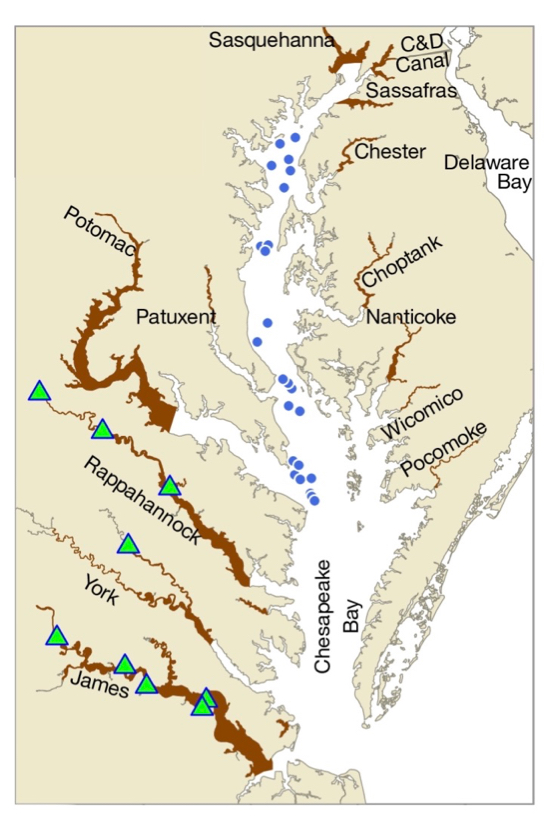 The pair conducted their latest study to investigate the combined, long-term effects of salinity and temperature on catfish health and behavior. Nepal, now a post-doctoral research associate at VIMS, says “By manipulating both factors, we were able to address an important knowledge gap and more closely simulate real-world conditions, where salinity and temperature can and do vary over a range of time scales.” East Coast estuaries are warmer and typically saltier during summer; colder and fresher during winter and spring. Their heat and salt content can also vary on shorter time-scales during rainy spells, drought, heat waves, or cold snaps.

The researchers studied the combined effects of salinity and temperature by monitoring the health and behavior of 160 juvenile blue catfish divided among two duplicate sets of eight tanks, each set with four levels of salinity (1, 4, 7 or 10 practical salinity units) and two temperature levels (54° F or 72° F). 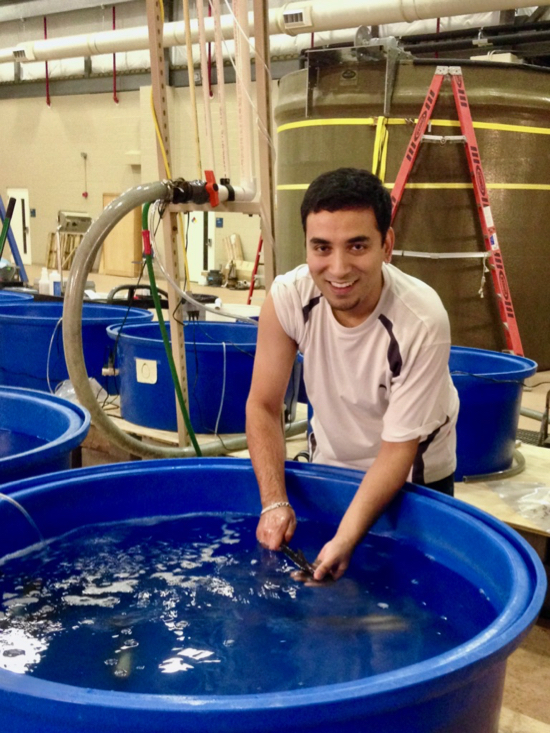 The salinity treatments represent a range from largely fresh (1 psu) to moderately brackish (10 psu) waters, as found in many Bay tributaries. The temperatures are typical of Chesapeake Bay waters occupied by blue catfish during winter and spring. All tanks and fish were monitored inside the VIMS Seawater Research Laboratory for more than three months.

Nepal and Fabrizio assessed how the eight salinity and temperature combinations affected the fish’s growth, body condition, body composition, and food consumption. Their results show that warmer water temperature has a positive effect on the biology of blue catfish under salinity conditions often encountered in estuarine waters. 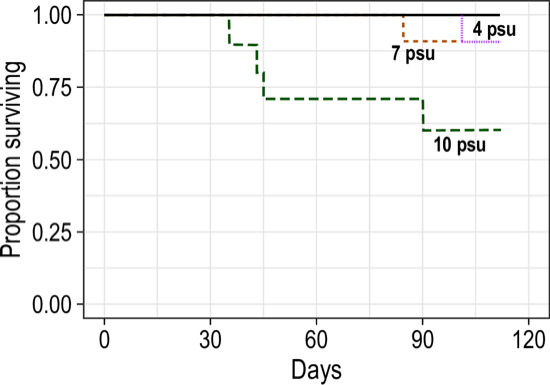 “At salinities up to 7 psu, mean growth rate, body condition, and consumption rates were all higher at 72 degrees than at 54 degrees,” says Nepal. “We measured the highest growth and body condition at 72 degrees and 4 psu.” Warmer, fresher waters—as projected by climate models in the future Bay due to increased trapping of heat and enhanced precipitation—would thus appear to favor the spread and establishment of blue cats.

The average rate at which blue cats consumed their food did decline significantly at salinities greater than 9 psu. This was not unexpected, as that is the internal salinity of most freshwater fishes. When bathed in waters saltier than their own internal tissues, fish must expend considerable energy to prevent osmosis from driving bodily fluids into the surrounding water. 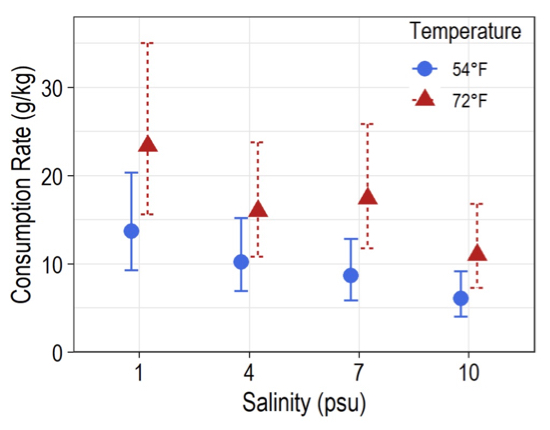 Fabrizio, a professor and chair of the Fisheries Science Department at VIMS, says “Habitats with salinities higher than 9 psu likely will not support the full life-cycle of blue catfish, but the fish may use salinities up to 10 psu for foraging, dispersal, and even growth.”

“Many brackish habitats along the U.S. East Coast may thus be vulnerable to invasion by blue catfish,” says Nepal, “particularly given increasing temperatures due to climate warming.”

“Given these findings,” he adds, “state and regional management agencies should pay close attention to habitats at these salinities, especially in areas that provide nursery habitat for native species of conservation concern.”

Sea-level rise promises one bright spot for those concerned with the spread of blue catfish. “Our rising seas are projected to bring saltier waters farther up our estuaries and tributaries,” says Nepal. “This salinity intrusion may serve to limit dispersal between tributaries and form discrete subpopulations of blue catfish that are only connected during periods of high freshwater flow.”