William & Mary has honored Virginia Institute of Marine Science graduate student Joseph “Joey” Matt (MS ’18, Ph.D. '21) with the Thatcher Prize, presented annually during commencement to recognize an outstanding student in graduate or professional study. Created in honor of Margaret, The Lady Thatcher, former British Prime Minister and 21st Chancellor of William & Mary, the award is bestowed on the basis of scholarship, leadership, service, and character.

Dr. Linda Schaffner, Dean of W&M’s School of Marine Science at VIMS, says “Joey has approached his time as a graduate student with a mature mindset of personal responsibility and accountability. He’s distinguished himself as a scholar and as a pioneering researcher in the field of shellfish breeding.”

Dr. John Wells, VIMS Dean & Director, says "Joey exemplifies the seven W&M values, and has done a marvelous job of blending curiosity, integrity, and service. He has an inspiring career ahead of him, and I look forward to seeing him rise to new heights as his career progresses. His work has significant implications for the future of oyster aquaculture and the sustainability of coastal economies."

Matt is on track to finish his Ph.D. this spring, after completing his master’s degree in 2018 following a stint as a Tetraploid Technologist in VIMS’ Aquaculture Genetics and Breeding Technology Center. His career at VIMS began in 2014 with a summertime internship in the National Science Foundation’s Research Experiences for Undergraduates program with his future graduate advisor, Professor Stan Allen.

As a Ph.D. student, Matt has taken courses in oyster breeding in Australia and traveled to other oyster-growing areas around the world. He has also sought learning opportunities outside his chosen field, earning a business management certificate through the Raymond A. Mason School of Business at W&M. Allen says "This kind of ‘search and learn’ behavior has set Joey apart as a graduate student." 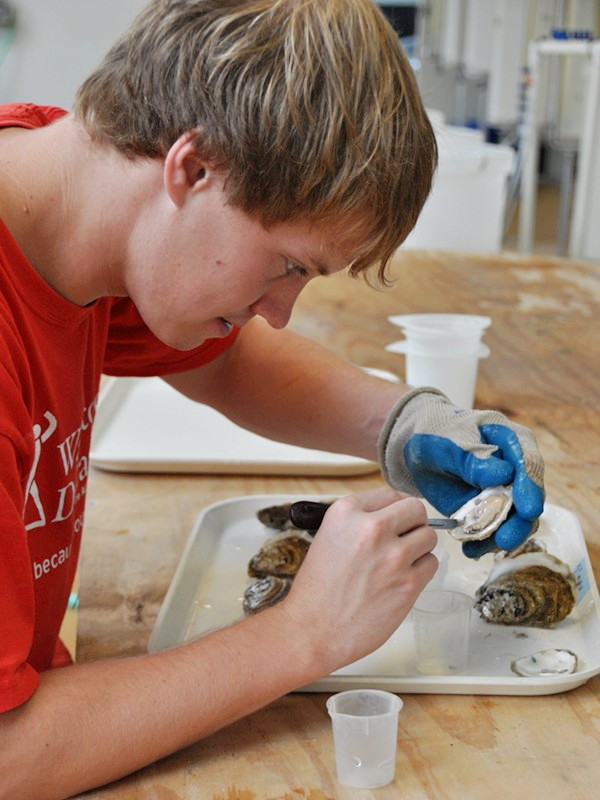 Matt’s research centers on improving the technologies that gave rise to triploid, or sterile “spawnless,” oysters, which have revolutionized oyster farming around the world and especially in the Chesapeake Bay and mid-Atlantic. First-author papers in top-level publications such as Aquaculture attest to the quality of his scholarship.

Growers produce triploid oysters by breeding normal diploid oysters with specially developed tetraploid oysters that have twice as many chromosomes. This is the same general process used to create seedless fruit. Because triploids devote little energy to reproduction, they grow to market size more quickly than fertile oysters, produce more meat, and can be harvested during summertime when spawning-associated decreases in meat quality normally preclude the harvest of wild oysters. The triploids’ rapid growth is particularly important in the Chesapeake Bay, where the oyster diseases MSX and Dermo have devastated wild stocks. Because of their faster growth, triploid oysters reach market size before their wild brethren and importantly in higher numbers. 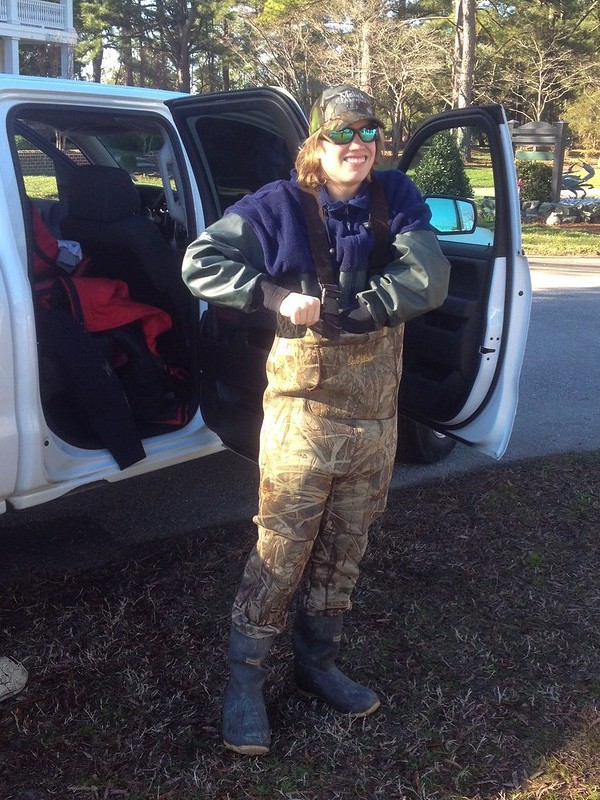 The science behind breeding animals with extra chromosomes, a condition known as polyploidy, is undeveloped. Matt’s research has progressively addressed the science of polyploid oysters, culminating in his Ph.D. work, which used both empirical data and theoretical modeling to advance the field. Polyploid breeding is especially important to the improvement of triploids by selective breeding, not only in the mid-Atlantic, but to every area of the world that grows triploid oysters commercially.

Matt is also a supportive member of the VIMS community. “Joey is always willing to lend a hand,” says Schaffner. “He has actively participated in outreach events where he is always an engaging, professional, and knowledgeable ambassador for VIMS and William & Mary. He’s been an excellent role model for all and especially for our younger, less-experienced students.”

“Joey has fully embraced the ideals of scholarship, advisory service, and leadership that are critical to the success of fisheries scientists,” adds Professor Mary Fabrizio, chair of VIMS' Fisheries Science Department.