Professors Mary Fabrizio and Bongkeun Song of the Virginia Institute of Marine Science have been selected as recipients of 2017 Plumeri Awards for Faculty Excellence at the College of William & Mary.

The eponymous award was established in 2009 with a generous gift from Joseph J. Plumeri II ’66, D.P.S. ’11. It provides $10,000 for honored faculty members to pursue their research interests and further challenge their students.

“As a student at William & Mary, so many extraordinary professors encouraged me to think creatively, to innovate and to persist, even in the face of seemingly insurmountable obstacles,” says Plumeri. “I am thrilled to honor those professors whose passion for pursuing their life’s work has inspired the entire William & Mary community.”

“The ultimate goal of the Plumeri Awards is to promote and reward the innovation and creativity of our faculty, who serve as the foundation for the university’s excellence,” says W&M Provost Michael R. Halleran. “Invariably, recipients of Plumeri Awards express what a significant difference their awards make in their teaching and research. That difference can be felt across campus and beyond.” 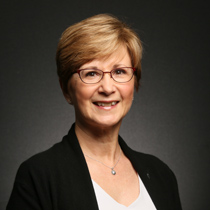 At VIMS, Plumeri selectees have used their award to engage students in seagrass monitoring and restoration, international fisheries management, field studies of polar climate change and food-webs, and modeling of storm-surge flooding and sediment dynamics, among several other projects.

VIMS Dean and Director John Wells says the Plumeri Awards “are a wonderful catalyst that gives our faculty flexibility to involve students in innovative new field and classroom activities. We greatly appreciate Mr. Plumeri’s generosity and foresight in supporting Mary and BK this year and our award winners in previous years as well.”

Fabrizio’s research focuses on the ecology, habitat, and population dynamics of fishes in Virginia and along the Eastern seaboard. She directs several long-running fishery-independent surveys at VIMS, including the Virginia trawl survey for juvenile fishes such as striped bass and Atlantic Croaker, the Juvenile Striped Bass Seine Survey, and the American Eel Monitoring Program.

Song uses a variety of cutting-edge techniques to better understand the relationship between the composition and function of microbial communities, with a focus on the role of microbes in the nitrogen cycle. The results of a recent project offer farmers a way to reduce harmful emissions from fertilized soil.

When asked about her selection, Fabrizio said, “I was grateful and humbled when I learned that I was a Plumeri awardee. The faculty whose teaching and research have been recognized by this award represent caring, thoughtful scholars who effectively engage with students. It's an honor to be considered among this outstanding group.” 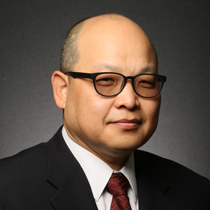 Song says “It was a pleasant surprise to hear that I’m a recipient of a Plumeri award. I was honored to have this recognition of my work and service at VIMS and William and Mary.” He says he will use the gift to “support research travel and develop a new research project related to the sustainability of marine ecosystems.”

A total of 154 W&M faculty members have been honored with the Plumeri Award since its inception. Twenty of these professors have hailed from W&M’s School of Marine Science at VIMS. The Awards will continue to be granted annually to 20 faculty members at the College and Institute until 2019.

Editor's note: A brief citation was prepared for each of the 2017 winners of the Plumeri Awards. Those for Drs. Fabrizio and Song appear below. Read about the other winners.

Fabrizio possesses a special talent for mentorship and teaching and, when combined with her dedication for scholarly pursuits, she is an exemplar of faculty excellence at William & Mary. Since arriving at the Virginia Institute of Marine Science in 2005, she has published more than 30 papers and was lead author on 5. Her research lab is one of the largest programs in the Fisheries Science department, and she is active in numerous regional marine fisheries management bodies. Her classes range from a service course on marine fisheries science, available to both W&M undergraduates and graduate students, to her quantitative Linear and Generalized Linear Models in Ecology. Her students find her to be one of the most helpful instructors, thanks to the clarity of her lectures and her patience. She has been awarded numerous fellowships and grants during her career and has been honored by W&M and national organizations. In 2016, she was named a member of the inaugural class of the Fellows of the American Fisheries Society. Her outstanding contributions to the marine science scholarly community have earned her the respect of experts in the U.S. and abroad. She holds a doctorate in biological oceanography from the University of Rhode Island.

Song displays both the scholarly expertise and the superb teaching ability that separates the William & Mary faculty from its peers. Since arriving at VIMS in 2013, he has taken particular pride in serving as more than just a professor to his students. He has served several advisory roles for students obtaining both masters and doctorates in marine science and advised undergraduates interested in marine science outside of the graduate-level coursework that he teaches. Song has received 30 grants for research and written 58 scholarly publications during the course of his career. Since his arrival at VIMS, he has published 17 peer-reviewed papers. Song's papers and research topics include the biogeochemical nitrogen cycle and microbial community responses to climate change and anthropogenic disturbances, microbial mitigation of groundwater contamination and greenhouse gas emission, microbial interaction in harmful algal bloom and eutrophication, and microplastics in marine environments. He has served on several national and international journal review boards and committee panels, including roles assisting the National Science Foundation and the U.S. Department of Agriculture. His teaching, service, and scholarly work has earned Song awards from organizations across the world. He holds a doctorate in environmental science from Rutgers University.