Those concerned with the health of Chesapeake Bay are familiar with nitrogen as a major pollutant whose excess runoff into Bay waters can lead to algal blooms and low-oxygen dead zones. Perhaps less familiar is the significant role that a form of nitrogen gas plays in greenhouse warming and the destruction of Earth’s ozone layer.

Now, an international group of scientists including Dr. B.K. Song of William & Mary’s Virginia Institute of Marine Science have discovered that production of this potent greenhouse gas—known as N2O or nitrous oxide—can be bypassed as complex nitrogen compounds in soil, water, and fertilizers break down into the unreactive nitrogen gas (N2) that makes up most of our atmosphere.

Their discovery, published in a recent edition of Nature Scientific Reports, reveals an entirely new pathway in the global nitrogen cycle and could lead to new ways for farmers and others to reduce their emissions of harmful gases. The study’s lead author is Rebecca Phillips of New Zealand’s Landcare Research Institute, along with Landcare colleagues Andrew McMillan, Gwen Grelet, Bevan Weir, and Palmada Thilak. Also contributing to the study was Craig Tobias of the University of Connecticut. 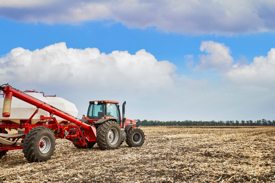 Current wisdom holds that nitrous oxide is inevitably produced when soil nitrogen—including fertilizer components such as ammonia, ammonium, and urea—breaks down. It’s also thought this breakdown process, known as denitrification, requires the action of microbes, and can only occur in the absence of oxygen.

The current research contradicts each of these long-held ideas.

“Our findings question the assumption that nitrous oxide is an intermediate required for formation of nitrogen gas [N2],” says Phillips. “They also throw doubt on whether microbial production of nitrous oxide must take place in the absence of oxygen.”

“We now have a pathway that doesn’t require microbes,” adds Song. “The process of denitrification can happen abiotically, without the need for bacteria or fungi.”

The team’s discovery could lead to practical applications for decreasing the impacts of excess nitrogen in the environment, a topic they focused on while presenting their findings during a recent meeting in Washington D.C. sponsored by the U.S. Department of Agriculture and the National Integrated Water Quality Program.

“It might give us a way to engineer the system to reduce levels of fixed nitrogen,” says Song. “By changing the types and ratios of nitrogen compounds in fertilizer, you might have a better way to reduce excess nitrogen, and to mitigate eutrophication or nutrient enrichment in nearby waters.” 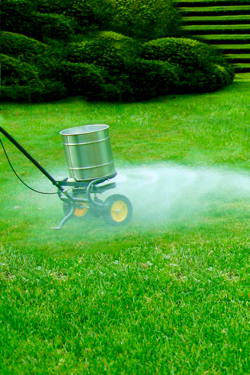 Phillips adds, “Further research could inform farmers of how to cultivate soil organic matter useful for nitrogen management. Organic forms of soil nitrogen, such as waste products from plants and fungi, could help convert excess inorganic nitrogen—which would otherwise be leached into water or emitted as nitrous oxide—into a form that isn’t harmful to the environment.”

However, the scientists say more research is needed to test exactly which forms of organic nitrogen are most effective. The team is now developing proposals for further funding that will allow them to investigate on-farm applications for transforming excess nitrogen from soil and water into unreactive atmospheric N2 gas without producing N2O.  This may allow scientists to develop options to manage the fate of agricultural nitrogen while avoiding greenhouse-gas emissions.

This work was partially funded by a USDA grant to Song, and through awards from New Zealand's Ministry of Business Innovation and Employment, Royal Society of New Zealand International Travel Programme, and New Zealand Ecosystems and Global Change Fund.

Landcare Research is a Crown research institute focused on environmental science. A key part of its role is to support agencies tasked with developing and implementing effective environmental policy, regulation, and practices for the sustainable management of land, water, and ecosystem services.

The Virginia Institute of Marine Science (VIMS) is one of the largest marine centers in the United States. VIMS provides research, education, and advisory service to help protect and restore Chesapeake Bay and coastal waters. The Institute offers Master's and Ph.D. degrees through its School of Marine Science, part of the College of William & Mary.