Begins 3-year term in 2013 as President-Elect

Professor Jim Perry of the Virginia Institute of Marine Science, College of William & Mary, has been elected President of the Society of Wetland Scientists (SWS). Perry began serving his three-year term in June at the Society’s annual meeting in Duluth, Minnesota. 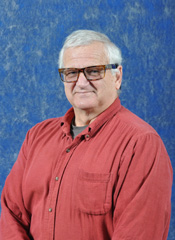 The SWS is an international non-profit organization with more than 3,200 members dedicated to promoting understanding, scientifically based management, and sustainable use of wetlands around the world.

Perry has participated in the organization since the mid-1980s, and is now a lifetime member. He has held a variety of elected and appointed positions throughout his years with the SWS, including his most recent stint as the Secretary General of the Society’s Professional Certification Program, which he helped to develop in the early 1990s.

“I have lived and breathed wetlands for more than 30 years, with SWS playing a major role in my life and career,” says Perry. “I feel it’s only right that I give back to an organization that has given so much to me, and I hope to be a positive influence and help the Society continue to move forward.”

Perry is currently serving as the President-elect—a position he will hold for the first year of his term. Perry will assist current President Dr. Steve Faulkner, and perform any presidential duties in Faulkner’s absence.

When Perry takes the reigns as SWS President in 2014, he will become responsible for the business side of the Society. Perry will be tasked with making appointments to committees, establishing special committees required for Society business, and any other responsibilities determined from time to time by action of the SWS or its board of directors.

“I have several goals for my future as president,” says Perry. “I want to establish stronger communication links and develop even greater trust between our members, enhance the production of position papers and rapid-response documents to help relate current knowledge of wetlands to a broader audience, and develop continuing education classes to help keep our members up to date on recent wetland regulations, scientific findings, and applied methods for wetlands protection and mitigation.”

Perry became familiar with SWS when he was working as an environmental consultant specializing in restoration and creation of inland and coastal wetlands in the early 1980s. Perry says SWS and its journal—Wetlands—were at that time one of the only sources of peer-reviewed information available.

Ben LePage, former SWS President and head of the nomination committee, says, “Jim was elected because of his service to SWS, but more importantly his vision for the Society’s future. We are confident that he will do a great job in moving the SWS forward.”

“My vision for SWS is to improve on the recognition that SWS is comprised not only of hydrologists, soil scientists, and botanists, but also of a tripartite group of members including applied practitioners, regulators, and academicians.”

Perry’s research at VIMS includes determining the development of biological function in restored and created wetlands, monitoring stress and documenting long-term changes in vascular plant communities of tidal and non-tidal wetlands, and studying the relationship of those changes to changes in environmental parameters within watersheds.”

“I believe my research and teaching experience will provide a broad base to help me better understand the needs of the Society’s diverse membership,” says Perry.