Steve joined the William & Mary faculty in 1993 and had retired in January 2014. He served as Chair of the Department of Environmental and Aquatic Animal Health (currently Aquatic Health Sciences) from 2002 to 2004. Prior to joining VIMS, Steve was a Professor of Microbiology at Oregon State University where he served on the faculty for 10 years. 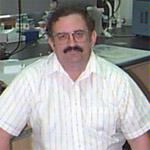 Steve was a highly respected and internationally recognized researcher, as well as an extraordinary teacher and mentor. His research program melded basic research in immunology with applied goals to provide innovative and practical new tools for the scientific community and the public. His research has provided new understanding of basic immune functions and has produced vaccines for use in aquaculture. His more recent work included development of real-time sensor platforms that are now being used to analyze pollutants in Chesapeake Bay. Products from his research have resulted in new patents in the United States and Britain and have led to new areas of research that continue today. Steve advised 20 graduate students, 11 postdoctoral trainees, numerous undergraduates, and served on more than 75 graduate-student committees.

During Steve’s tenure at VIMS, he secured more than $8 million in competitive extramural grants and contracts to support his research program. He authored or co-authored more than 90 technical articles and books, and reviewed more than 350 proposals and over 400 manuscripts for the scientific community. He also served on numerous advisory committees for professional societies. In 2004, Steve was awarded a special achievement award by the American Fisheries Society.

Most recently, Steve chaired the faculty search committee that ultimately led to two new outstanding hires at VIMS. He was very dedicated to serving the Institute and was excited to play a part in rebuilding the VIMS faculty following several recent retirements.

In a letter to the VIMS community, Dean and Director John Wells wrote "I and the entire VIMS community will miss Steve tremendously, but he will not be forgotten, as his legacy will live on at VIMS. My deepest sympathies go out to his wife, Ilsa, and their family."

A memorial and celebration of life for Dr. Kaattari will be held on Monday, December 8, 2014 from 3:00 p.m. to 5:00 p.m. at the William & Mary Alumni House. Parking will be available across Richmond Road at One Tribe Place (formerly the Hospitality House).  Those with ADA placards can park in a lot immediately adjacent to the Alumni House.

In lieu of flowers the family has requested that donations be made to the Williamsburg Heritage Humane Society, Habitat for Humanity, or the American Heart Association.