When most people catch a fish that is too small to keep, they let it go and never know its subsequent fate. But Sheldon Arey, a volunteer with the Virginia Game Fish Tagging Program, now knows exactly what happened to the 26-inch-long cobia that he caught and tagged on June 25, 2009 at Latimer Shoal near Kiptopeke State Park.

That's because the same cobia was recaptured at the York Spit on May 27, 2019 by Alison Temple. In the 3,623 days since Arey first tagged it—a span of 9 years, 11 months, and 3 days—the fish had more than doubled in size to 53 inches total length. 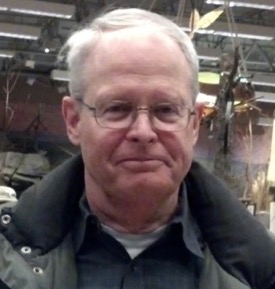 The recapture sets a new  “days at large” record for the tagging program, beating the former record from a tautog that had been at large for 3,411 days. Fisheries scientists define "days at large" as the number of days between the first time a fish is tagged and released and its most recent recapture. 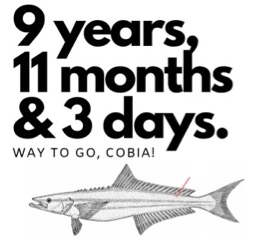 Susanna Musick, marine recreation specialist at the Virginia Institute of Marine Science and VGFTP co-coordinator, says “We're really lucky to have dedicated volunteers like Sheldon and thoughtful anglers like Alison who collect and report data for our recreationally important finfish species. Long-term recaptures like Sheldon’s cobia are important sources of data that can reflect overall patterns of migration and site fidelity.” 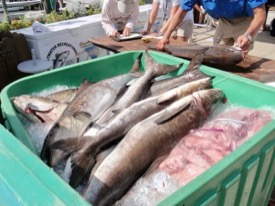 Cobia are a favorite of anglers in the Chesapeake Bay and elsewhere, known as an excellent eating fish and an energetic fighter on the line. They can attain a weight exceeding 100 pounds. Data from the VGFTP and other tagging programs show that cobia visit the lower Chesapeake Bay during the summer and migrate into offshore waters in the fall, some traveling as far south as the Florida Keys. Of the cobia tagged in Virginia, 86% are recaptured in state waters.

For anglers targeting cobia in Virginia this summer, Musick notes that the record-breaking tagged fish was released. "So that means it's still out there," she says, "waiting to be caught again and beat its own record!" 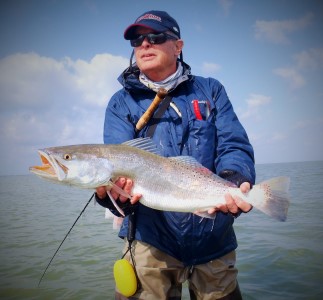 Through 2018, the program’s database included 320,617 tag records and approximately 33,693 recapture records, with fishing efforts documented at more than 900 locations in Virginia waters.

A cooperative effort between the Marine Advisory Program at the Virginia Institute of Marine Science and the Virginia Marine Resources Commission's Saltwater Tournament, the program’s funding is from state saltwater license funds and VIMS.