Professors Iris Anderson, Courtney Harris, and Roger Mann of the Virginia Institute of Marine Science have been selected to receive Plumeri Awards for Faculty Excellence in recognition of their exemplary achievements in teaching, research, and service.

Including this year’s cohort, 80 William & Mary faculty members have now received this prestigious award and used it to strengthen research, advance scholarly publications, and travel to conferences and universities around the world.

William & Mary Provost Michael R. Halleran says “The experiences and knowledge these faculty members gain as a result of this award have a tangible effect on their teaching and students.”

Anderson, Harris, and Mann—professors of marine science in the School of Marine Science at VIMS—join 17 other W&M faculty members in receiving the 2011 awards. Their respective areas of research—nitrogen cycling, computer modeling, and molluscan ecology—speak to the broad range of faculty expertise at VIMS. 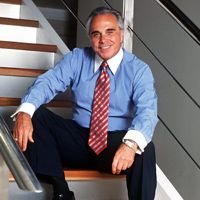 The awards are named in recognition of Joseph J. Plumeri II '66, D.P.S. ’11 who in the spring of 2008 made a significant commitment to his alma mater to "honor and support" its faculty.

The awards, which include a $10,000 prize for each recipient, are to be given to 20 William & Mary faculty members every year for a decade, beginning in 2009. The funds are to be applied toward research, summer salaries, or other stipends associated with scholarly endeavor, with the ultimate intention of enhancing faculty interaction with students. In Mr. Plumeri's own words, the funds will empower the College's professors to continue to "work passionately to challenge the minds of our exceptional students."

“The impact these awards has is undeniable and stunning,” says Halleran. “We are infinitely grateful to Joseph Plumeri for his passion, generosity, and dedication to his alma mater.”

World renowned for her research in the fields of microbial ecology and nitrogen cycling, professor Anderson and her students have conducted their research in areas as close as Virginia and North Carolina and as far away as Brazil and the Czech Republic.

Her innovative research and use of state-of-the-art measurement techniques have been instrumental in revealing how excess nutrients affect water quality and food webs in coastal ecosystems. By learning and applying these tools, her students become exceptionally well trained to conduct research and teach the next generation of scientists and teachers.

Anderson’s work has been funded by the National Science Foundation (NSF), the Department of Defense, the National Oceanographic and Atmospheric Administration, and many other state and federal agencies. She is currently co-editor-in-chief of Estuaries & Coasts and has been an active peer reviewer for numerous scientific journals and programs. She recently completed a successful 9-year tenure as academic dean of the School of Marine Science at VIMS, and during this time greatly increased interactions between the College and the School. She was also instrumental in developing the new undergraduate marine science minor.

Anderson holds a doctorate in pathology and microbiology from Virginia Commonwealth University. 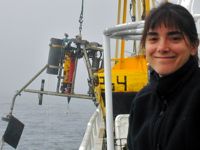 Professor Harris is widely recognized for her expertise in computer modeling of sediment transport. The ability to simulate the behavior and fate of marine sediments is crucial to better understanding and predicting ocean pollution, the development of low-oxygen dead zones, the impacts of hurricanes and other intense storms, and shoreline erosion.

Harris has participated in several large experiments involving collaboration with oceanographers and geologists from around the world. These have provided a research focus on numerically modeling the transport of suspended sediments both within estuaries like Chesapeake Bay and on continental shelves.

Harris was a U.S. Geological Service Postdoctoral Fellow from 1998 to 2001 and has authored more than 20 articles for peer-reviewed journals. At VIMS, she has helped develop two of the mainstay courses for graduate students within the Department of Physical Sciences, and also demonstrated excellence in mentoring graduate and undergraduate students.

Harris is a member of the American Geophysical Union, the Coastal and Estuarine Research Federation, Tau Beta Pi, and the editorial advisory board for Continental Shelf Research. She holds a doctorate from the University of Virginia. 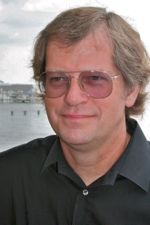 Already a prolific researcher when he joined the VIMS faculty in 1985, professor Mann wasted no time in assimilating students into his program. He has served as major professor to 25 graduate students, including the first recipient of the College of William and Mary’s Thatcher Prize for Excellence in Graduate and Professional Study. His regular classroom offerings are Larval Ecology and Malacology, and Mann’s former students have advanced to faculty positions in leading academic institutions, marine-resource agencies, and conservation organizations.

While at VIMS, Mann has secured more than $9 million in external grants and contracts. He has briefed the U.S. Congress on issues related to invasive species, served on former Governor Tim Kaine’s Virginia Climate Change Commission, and is now the Director of Research and Advisory Service at VIMS. In 2009, he was invited by the European Union and the Black Sea Commission to a workshop attended by all countries bordering the Black Sea. His expertise in fisheries, invasion biology, science-policy interface, and his ability to foster a dialogue and resolution among diverse groups helped lead to a successful outcome.

Mann has authored or co-authored 122 peer-reviewed manuscripts and is the editor of several books. He serves on the editorial board of two scientific journals and has served as peer reviewer for 26 others.

He holds a doctorate in marine science from the University College of North Wales.