Professor Rob Hale of the Virginia Institute of Marine Science has been selected as a recipient of a 2019 Plumeri Award for Faculty Excellence at the College of William & Mary. 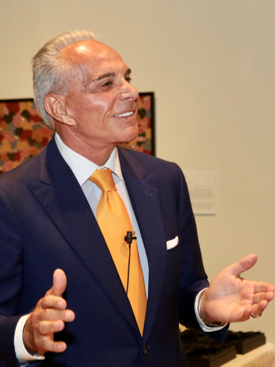 Joseph J. Plumeri ’66, D.P.S. ’11 established this eponymous award in 2009 to advance the work of exceptional faculty members and to encourage them to engage students in their scholarly endeavors. Eleven years later, 195 recipients—24 from VIMS—have benefited from this generosity, enhancing their teaching, research, and mentorship.

VIMS Dean and Director John Wells says the Plumeri Awards “are a wonderful catalyst that gives our faculty flexibility to involve students in innovative field and classroom activities. We deeply appreciate Mr. Plumeri’s generosity and foresight in supporting Rob and our previous-year award winners.”

Hale plans to use his award stipend to support student research into the potential environmental impacts of microplastic additives. Previous Plumeri selectees at VIMS have used their award to engage students in seagrass monitoring and restoration, 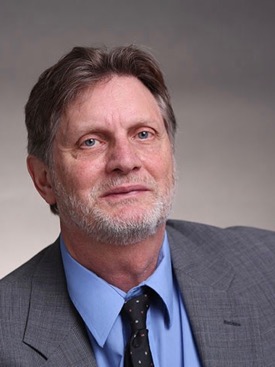 international fisheries management, field studies of polar climate change and food-webs, modeling of storm-surge flooding and sediment dynamics, and the response of wetlands and barrier islands to sea-level rise, among many other projects.

Recipients of this prestigious award undergo a highly competitive selection process and are chosen based on their contributions and accomplishments in the areas of discovery, scholarship, and teaching. This year’s awards were re-imagined to maximize their benefit—the number of recipients was reduced from 20 to 10 and the award was increased from $10,000 to $20,000, to be used by the faculty member during a 3-year period. At Friday’s ceremony, each recipient was given a medal engraved with the three words most closely associated with Plumeri: passion, vision, and leadership.

“The Plumeri Awards for Faculty Excellence are among the most competitive and generous faculty awards in the nation,” says President Katherine Rowe. 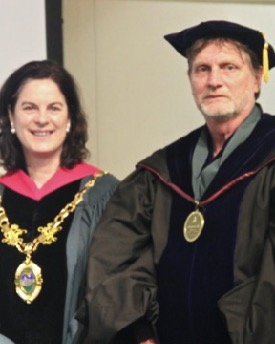 “They enable our faculty to take risks, transform their respective fields, and create connections with students that can last a lifetime.”

“When I attended William & Mary, the professors showed me that, with vision and a purpose, I could do anything,” said Plumeri in a speech during the May 3rd ceremony. “I want to support a new generation of professors who help our students combine passion with purpose so that they can go out and change the world.”

“Over the past 11 years, recipients have invariably said that winning the Plumeri Award helped them advance their teaching and research,“ added Provost Michael R. Halleran. “Whether professors are creating new initiatives with far-flung collaborators, investing in cutting-edge research equipment, or exploring new avenues of inquiry with student-collaborators, the Plumeri Awards have made a transformative impact on William & Mary that will echo for years to come.” 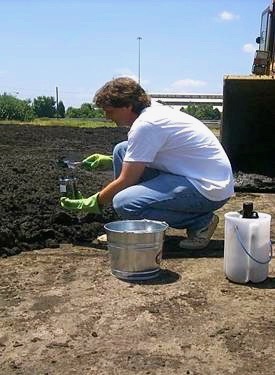 Invested in educating his students on emerging environmental issues, Hale uses his passion for solving global health challenges in and beyond the classroom. He began his career as an environmental chemist at Mobil Oil and consistently engages with industries, NGOs, and students on real-world issues. He has published more than 100 peer-reviewed articles in journals such as Environmental Science & Technology and remains one of the most frequently cited active faculty at the university. His most recent article, published in Science of the Total Environment, addresses environmental challenges regarding e-waste recycling in China.

Executing an interdisciplinary approach to research, Hale is credited with numerous discoveries that have positively impacted industry and policy decisions. These include the discovery of pollutants at NASA Langley, contamination in North American fish, and effects of the Deepwater Horizon oil spill in the Gulf of Mexico. Additionally, he is viewed by many as a life-long mentor and actively promotes the inclusion of underrepresented groups in STEM. Hale received two undergraduate degrees from Wayne State University and a Ph.D. in marine science from William & Mary.

When asked how he will use his $20,000 Plumeri stipend, Hale said it will help support a new graduate student and a Chinese colleague as he works with them to explore the fate of microplastics in municipal wastewater streams. There is growing concern that these tiny bits of plastic—from sources such as cleaning and bath products—contain additives that may be released into the environment when the particles are heated. New wastewater treatment processes use temperatures as high as 100° C (212° F) to kill pathogens.

Plumeri served as the chairman and CEO of Willis Group Holdings before becoming vice chairman of the First Data Board of Directors in 2014.  He is also a dedicated philanthropist, giving millions to the Make-A-Wish Foundation and the National Center on Addiction and Substance Abuse, among many other organizations. William & Mary has long been among his most cherished causes, and over the years he has created scholarships, established the W&M/Plumeri Pro-Am Golf Tournament, and built the Plumeri Park baseball facility.

To learn more about the other recipients of this year’s Plumeri Awards, visit the W&M web pages.