Professors Kenneth Moore and Deborah Steinberg of the Virginia Institute of Marine Science have been selected as recipients of 2014 Plumeri Awards for Faculty Excellence at the College of William & Mary.

The award—now in its sixth year—recognizes 20 faculty members for their exemplary achievements in teaching, research, and service. Since its inception in 2009, 120 faculty members from William & Mary and VIMS have been recognized with the award.

“It’s an honor to be recognized by William and Mary for my achievements as a teacher and researcher,” says Steinberg. “I love what I do and it’s nice to have my work appreciated.”

The award—established with a generous gift from Joseph J. Plumeri II ‘66, D.P.S. ‘11—bestows $10,000 to each recipient, which they can use for research, summer salaries, or other stipends associated with scholarly endeavors, with the ultimate intention of enhancing faculty interaction with students. 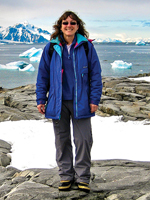 “The Plumeri Awards are a vital, tangible affirmation of those who make William and Mary one of the world’s great liberal arts universities, rooted in the liberal arts and based on the close interaction of students and faculty,” said W&M Provost Michael R. Halleran. “To achieve this type of experience for all students, we need resources that allow faculty to expand their work freely, as well as to increase the involvement of students in that work. The Plumeri Awards do exactly that.”

During her 25-year career as a biological oceanographer, Steinberg has performed fieldwork in Antarctica, the Amazon River plume, the Pacific Ocean, the Sargasso Sea, and Chesapeake Bay, resulting in more than 75 published research articles.

Since joining the VIMS faculty in 2001, Steinberg has mentored scores of students at the graduate, undergraduate, and high-school level, and her students have gained invaluable experience through her commitment to involving them in her international research.

“I wear many hats,” says Steinberg. “Mentoring, teaching courses, doing oceanographic field work, and remaining involved in local and national science governance is a lot to juggle, but that’s what keeps me going. I like that there are always new and interesting challenges.”

Steinberg’s dedication to her students and the field of biological oceanography hasn’t gone unnoticed. She was recently chosen to give the prestigious Sverdrup Award Lecture—delivered at the Ocean Sciences meeting of the American Geophysical Union—and her achievements have been honored with the College of William & Mary Class of 1964 Distinguished Professor Award, the Dean’s Prize for the Advancement of Women in Marine Science, and as a presenter of the William & Mary Tack Faculty Lecture.

Moore—a recognized leader in the field of coastal water quality and seagrass ecology—has contributed significantly to the preservation and restoration of ecologically important seagrass habitats around the world, especially in Chesapeake Bay. 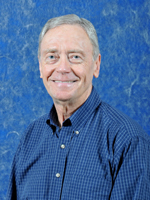 At VIMS, Moore is chair of the Department of Biological Sciences as well as the research coordinator for the Chesapeake Bay National Estuarine Research Reserve (CBNERR) where he has mentored large numbers of students and young scientists conducting research at VIMS and through the Reserve system.

"I'm very appreciative of this unexpected honor," says Moore. "Mr. Plumeri's generosity will give me the resources needed for both travel and research for myself and my students, and I'm very thankful for that."

A recipient of research grants from numerous agencies including the National Science Foundation, Moore works continuously to communicate his findings to non-scientific communities, and advises resource managers and political decision-makers to further the impact of his research.

“I congratulate the 2014 recipients, and I also thank Mr. Plumeri, on behalf of the entire College, for once again extending this generous support to our wonderful faculty members,” Halleran said.