A grant of $30,000 from The Dominion Foundation to William & Mary’s Virginia Institute of Marine Science will fund a study of sea turtle nesting along Virginia’s Atlantic seaboard.

VIMS Assistant Professor David Kaplan and graduate student Bianca Santos will use the funds to expand their existing sea turtle research efforts to focus on the coast near Virginia Beach, specifically in and around the Back Bay National Wildlife Refuge.

“The Dominion Foundation has generously supported the efforts of VIMS researchers  for several years, and we are very grateful for this most recent grant,” says Dr. John Wells, VIMS Dean and Director.

While there are relatively few adult sea turtles in Virginia waters, which lie at the northern edge of the turtles’ nesting range, Kaplan says the ones that do nest on local beaches have a story to tell. “The turtles that move farther north due to climate change can help us understand how tolerant they are of extreme weather and how it affects them,” says Kaplan. He adds the study will throw light on “the conditions these individuals at the extreme northern edge of the range are experiencing, and how that differs from what's already been better studied farther south.” 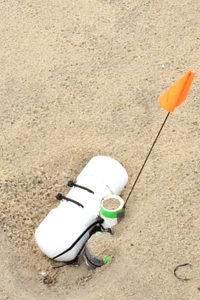 The study also serves as a means for U.S. Fish and Wildlife Service officials at the Back Bay refuge to gauge the pros and cons of procedural changes they’ve made during recent years in their handling of sea turtle nests. Prior to these changes, Back Bay staff would transfer all eggs found in nests along the Virginia coast into a designated hatchery site on refuge grounds. Today, they instead mark nests in place and protect them from humans and predators with mesh, surveying them regularly to note their status and only moving the nests if they are below the high-tide line. Kaplan and Santos will compare temperature and water inundation levels within nests both inside and outside the hatchery site to see how moving the eggs might affect mortality.

Kaplan and Santos plan on taking a two-pronged approach to monitoring the nesting sites. For the former hatchery site, and for previously used external sites currently without nests, they’ll install poles equipped with temperature and inundation sensors along transects running inland from the high-tide line. “We’ll put them at different distances from the high tide to see how often nests would get inundated by storms, for what length of time, and what the temperature conditions are at different depths,” says Kaplan. For sites with currently active nests, they’ll place sensors within the nest and on a pole nearby to compare conditions around and in the nest itself. 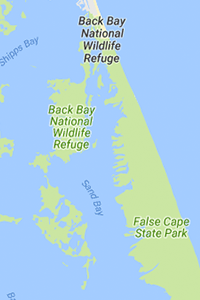 Kaplan’s long-term goals include further studies of how turtles at the northern edge of their nesting range deal with a changing climate. “There have been studies looking at how the range is likely to change over time based on predicted temperature changes,” he says, “but I'd like to look at how beach morphology would relate to specific beaches where we would be looking for them to start nesting if they were being affected by climate change.” He’d also like to see how nest temperature relates to egg mortality, and how embryos and eggs might themselves modify the nest environment to mitigate temperature shifts in a changing climate. “If we find that's the case and there's something interesting going on there, then we would want to do more studies to look at temperature structure within the nest and how that relates to what's been seen in other areas more central to the range.”

Santos is excited to expand her current research focus beyond the ‘Frankenturtle’ studies she and Kaplan have been conducting recently. “This project gives me the chance to be involved with not only the U.S. Fish and Wildlife Service, but with a different part of turtle biology looking at the nesting stage versus my other project looking a lot more at mortality, and so this project I get to look more at life which is kind of cool.”

“I think that we are getting both ends of the spectrum,” says Kaplan.