The endowment—developed in accordance with Dickhut’s wishes—will support graduate students and post-doctoral investigators in the College of William & Mary’s School of Marine Science at VIMS and at the Institute. The endowment will focus on Dickhut’s primary interests—physical and environmental science—with preference given to the field of chemistry and cross-disciplinary collaboration. 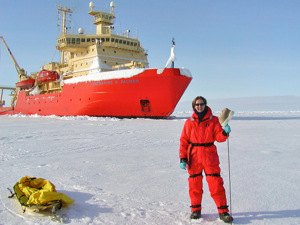 Dickhut joined the faculty at VIMS in 1989 and subsequently became an internationally recognized expert in the field of environmental science. She studied the transport and fate of pollutants on a global scale and their implications for ecosystem health—especially in Antarctica and Chesapeake Bay—before her untimely passing in 2011.

Dickhut loved spending time at her home overlooking the York River in Gloucester Point, and her family loved visiting her there. Dickhut’s sister Kathy says, “Becky told us she wanted her house to benefit the graduate and post-doc students at VIMS, so to honor her wishes our family decided to sell the house and use the proceeds to establish a fund at VIMS for students and science.”

Dickhut’s longtime friend and VIMS Professor of Marine Science Deborah Bronk says, “Rebecca loved what she did and the students she worked with and considered them her legacy. Through this donation, Rebecca’s legacy will grow for years to come.”

“We are fortunate enough to have had the opportunity to tell Rebecca that students would remember her work and carry on what she had started through this endowment,” says her sister. “We are happy to know her last wish is being fulfilled and her life’s work will be continued through the students and staff at VIMS.”

During her 22-year tenure at VIMS, Dickhut impacted the minds and lives of numerous students, serving as major professor to 16 graduate students and sharing her knowledge with hundred of others who passed through the core courses in VIMS’ School of Marine Science. “Rebecca was a caring, demanding, and attentive mentor to her students,” says Bronk. “She loved them like a parent; they were her children.”

VIMS’ Associate Dean of Academic Studies Linda Schaffner considered Dickhut one of her best friends and says, “Rebecca was an internationally-recognized scholar, a respected teacher, and a dedicated member of the VIMS faculty.  She was also an exceptional mentor who touched the lives and helped to shape the careers of many young scientists.  I especially admired her ability to work one-on-one with students and post docs to help them fully develop their potential.” 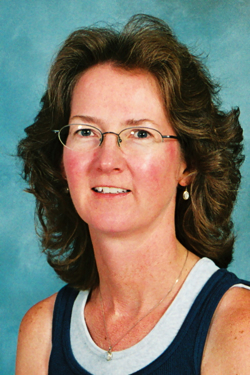 As beneficiaries of her knowledge and passion, many of Dickhut’s former students have gone on to establish distinguished careers of their own. VIMS alumna Shelby Walker, Strategic Planning Team Lead for the Office of Policy, Planning, and Evaluation within NOAA’s Office of Oceanic and Atmospheric Research, had Dickhut as her advisor and says, “Rebecca taught me that the best advisors are those that give you enough space to figure out things on your own, but not so much that you feel like you are floundering on your own. She had a knack for stepping in when needed, but also stepping back when not.”

Along with her students and collaborators, Dickhut published nearly 50 papers on a variety of topics and excelled at working across disciplines. She was also known for working throughout her career to broaden participation and strengthen networking of women in science.

Dickhut served as chair of the Department of Physical Sciences at VIMS for nearly a decade, and helped VIMS navigate through a period of significant challenges due to state budget cuts. “Through years of budget cuts Rebecca really took care of our department, ultimately having to make many difficult decisions and it came at a cost to her,” says Bronk. “The fact that Rebecca would give such a substantial gift to VIMS to support the students does not surprise me, and the fact that it is happening at a time when we might need it the most would make her very happy.”

Dickhut was known across the VIMS campus for her sense of humor and could always get a good laugh by doing something unexpected at the VIMS Holiday Party. “Rebecca was always ready to contribute in any way she could, especially if it was fun,” laughs Bronk. “The weeks before the holiday party we would run back and forth between our offices laughing hysterically when we would come up with a new story for the holiday skits. She was a funny person and we had a lot of laughs.”

Aside from her astute sense of humor and ability to make her colleagues and students laugh, Dickhut was famous for her ability to master the art and science of brewing a good beer. “The entire department of physical sciences has great memories of the cook-outs Rebecca would have at her house,” says Bronk. “We would sit for hours, watching the water and sunset, drinking her beer and laughing.”

The Rebecca Dickhut Endowment for Support of Students and Young Early Career Scientists was made as a gift to the Virginia Institute of Marine Science Foundation, a nonprofit 501 (c) (3) organization that supports the education and research missions of VIMS.