A bevy of disaffected scientists and crew members have seized control of the Virginia Institute of Marine Science’s flagship research vessel Bay Eagle, following weeks of complaints on social media of increasingly harsh conditions onboard. 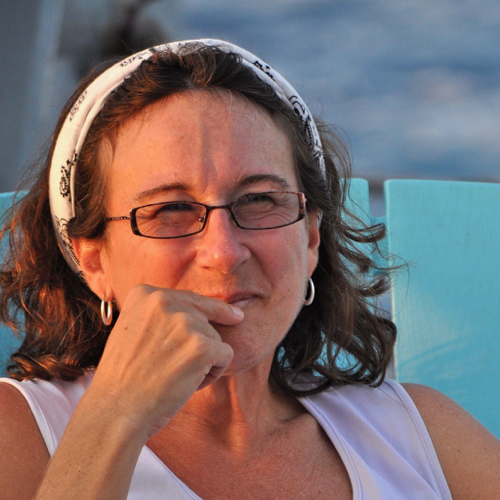 Posts compiled from Twitter© paint a disturbing sequence of events during the vessel's round-trip voyage from Gloucester Point to VIMS’ Eastern Shore Lab in Wachapreague. The expedition's goal was to test whether the researchers could transplant genetically modified copepods into the seaside bays of Accomack County to add needed variety to the largely bread and fruit diet of Delmarva’s coastal residents.

A tweet from Ph.D. student Christian “Fletcher” Hauser foreshadows the crew's perhaps overzealous relief and excitement on arriving in Wachapreague following their difficult passage round the infamous shoals of Cape Charles.

"There it is—Wachapreague!" tweeted Hauser. "We have made a long passage of it, a storm-tossed passage, but, by God, there is the village at last!" 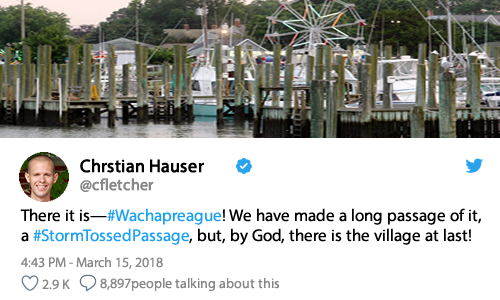 That excitement grew only more animated as the crew discovered Wachapreague’s countless enticements during their lengthy sojourn in the seaside village.

"I've sailed all seven seas," tweeted Steinberg, "but of all the ports I've seen, none compares to Wachapreague in loveliness—not even the Bermoodes [Bermuda]." 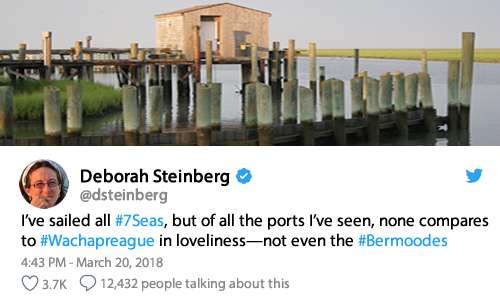 “The people here are as hospitable as the land they inhabit,” adds technician and gentleman naturalist Joe Cope. “Were I retired, with my work done and no family at home, I should ask nothing better than to end my days under Wachapreague's swaying palms!” 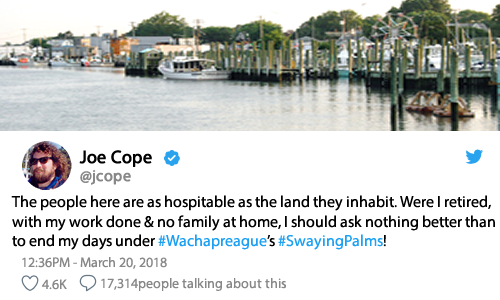 Indeed, the luxurious languor revealed in these tweets would entice the VIMS scientists and crew for the following fortnight, as they cast aside their scheduled duties to instead quaff from the Island House’s distilled wonders, savor the unparalleled tastes of nightly ESL seafood buffets, and luxuriate in the 5-star splendors of the Owens House dormitory and its adjacent Town Channel spa.

It was thus only with great difficulty that Captain Bligh was able to muster his wayward crew back aboard the Bay Eagle for the seaborne drudgery of their return trip.

ESL Director Dick Synder says the growing ill feelings betwixt officers and crew were apparent to all. "The crew made their displeasure at re-boarding quite clear," he tweeted, "muttering & gnashing their teeth, til the Cap’t flew into a rage, cursing them in language that would have been out of place had he been speaking to a common sailor." 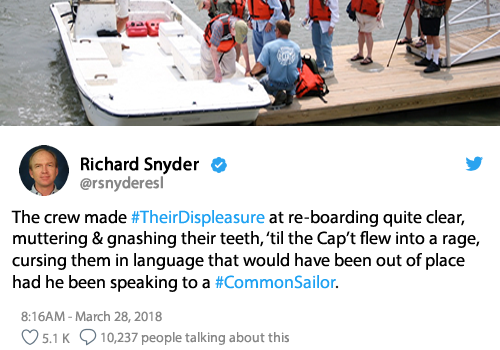 The atmosphere grew even more fraught once at sea, as contrary winds conspired to delay the ship’s homeward voyage and leave it becalmed off Hog Island. Tweeted Steinberg, “Our bread, once fine, has begun to breed maggots, and the salt meat grows unspeakably bad.” 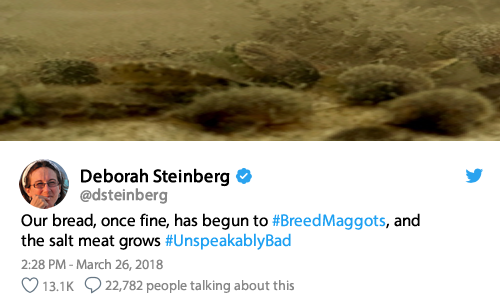 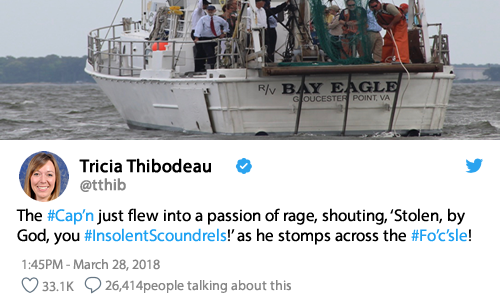 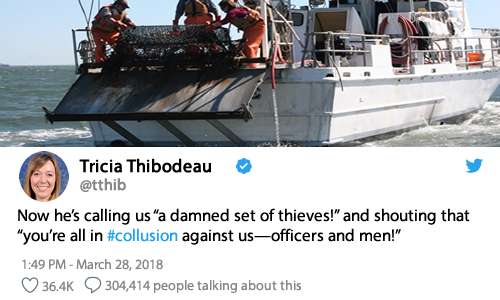 But the crew’s breaking point did not truly arrive ‘til the evening of March 31st, when Captain Bligh began to berate a group of sleepless researchers making noise in the galley. 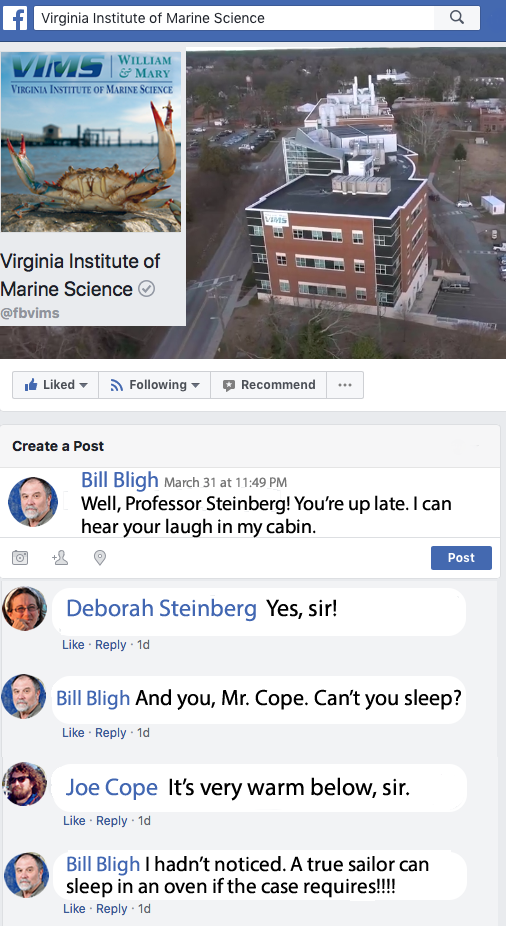 Following an ominous early-morning silence, the Bay Eagle's social-media stream resumed at 11:34 a.m. on April 1st with a tweet-storm that can only hint at the actual series of unfortunate events that must have convulsed the vessel in the interim: 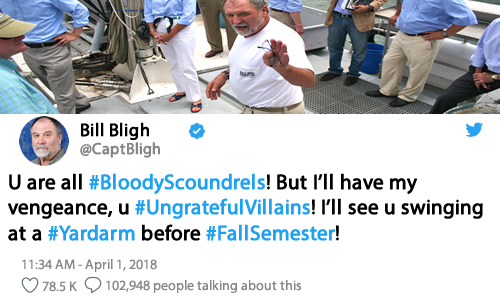 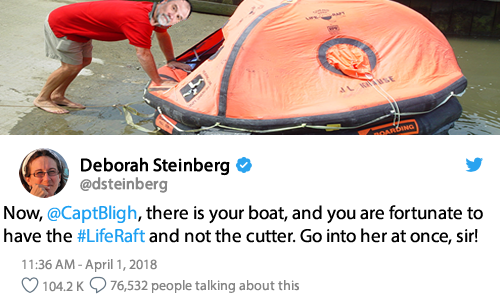 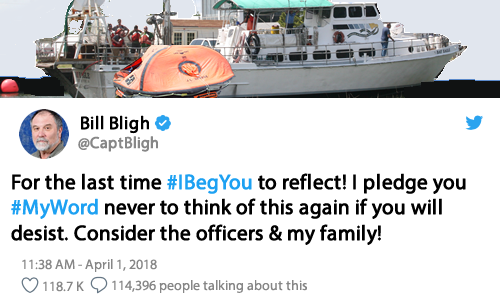 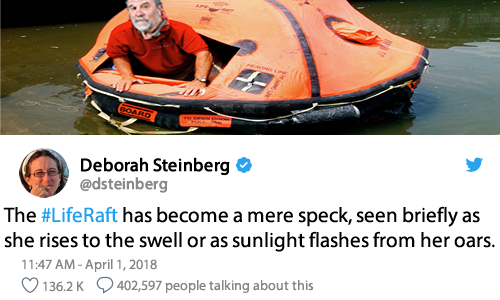 And with a "Let go sheets and tacks!," and a "Clew garnets—up with the clews!" the Bay Eagle then sailed onward, leaving the tiny life raft and its sorry crew in its wake.

Unsubstantiated social media posts now indicate the Bay Eagle and its mutinous crew may be heading to refuge on the remote shores of Tangier Island, while the life raft has "vanished as though swallowed up by the sea."

Return here to learn the fate of all parties involved in this incident, as we plan to continue our coverage if and when new information becomes available. You may also follow this breaking story on Facebook, Twitter, LinkedIn, and our other social media channels.