Loss of small animals has surprisingly big effects on the health of valuable seagrass ecosystems, according to new results from a coordinated experiment spanning the northern hemisphere and led by biologists from the Virginia Institute of Marine Science and Smithsonian Institution.

The unprecedented experiment conducted simultaneously at 15 sites showed that algae-eating invertebrates control seaweeds that can smother seagrasses, and that more diverse animal communities perform this custodial service more effectively. Unexpectedly, biodiversity had stronger effects on productivity than did temperature or experimental fertilization. 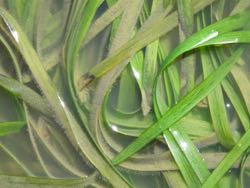 Seagrass meadows provide valuable fish nurseries and protect coastlines, but are declining worldwide. “It’s widely understood that controlling algal overgrowth of seagrasses requires reducing fertilizer runoff, but it turns out that maintaining diverse populations of the bugs and slugs that clean these underwater plants is just as important. Our results provide rare large-scale confirmation of the importance of biodiversity to healthy ecosystems,” said Emmett Duffy, the study’s lead author and Director of the Smithsonian’s Tennenbaum Marine Observatories Network.

The worldwide experiment not only produced important confirmation of the importance of biodiversity, it also established a unique collaborative model for conducting large-scale ecological research, the Zostera Experimental Network (ZEN), which involved scientists and students working simultaneously across 7 countries. “Answering global challenges in ecology—from climate change to fisheries management—requires global approaches. The Zostera Experimental Network gives us an unprecedented opportunity to do that in coastal ecosystems,” said Pamela Reynolds, ZEN Program Coordinator and postdoctoral researcher at VIMS and the University of California, Davis. 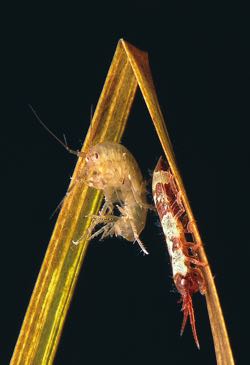 ZEN’s research was greatly enhanced by leveraging the enthusiasm and contributions of students and international collaborators. “My students feel connected to a global research community, and are empowered to do research in this global context. ZEN has unquestionably revolutionized our approach to local-scale community ecology research," said Mary O'Connor, co-author and Professor in the Department of Zoology at the University of British Columbia, Canada. The cooperation also produced a major payback on a modest investment, as emphasized by Per-Olav Moksnes of Gothenburg University, Sweden: “ZEN is a great example of what can be accomplished in science, despite limited resources, when a project is driven by enthusiasm of a global-scale collaborative field experiment, and in complete openness of sharing ideas and data."

ZEN is now in its second generation and has expanded to 25 institutions and more than 50 research sites from the Russian Arctic to Mexico and South Korea. Ongoing work by this collaborative team seeks to understand how the diversity of seagrass animals and plants contributes to fish production, carbon storage, and other ecosystem services. "ZEN exemplifies the synergisms of team science," says co-author Jeanine Olsen, Professor at the Groningen Institute for Evolutionary Life Sciences in the Netherlands. "We're embracing the diversity of our team of marine biologists," Pamela Reynolds continues, "harnessing their expertise to do science that transcends borders, continents and disciplines. What happens in our own backyard is important, but by working together we strive to achieve better, more useful science for marine policy, management and conservation."

The study was published in Ecology Letters and supported by grants from the National Science Foundation and local support from the 15 partner institutions.