Those familiar with Chesapeake Bay know that its once-vast oyster population stands at a tiny fraction of its historical abundance. A new study by an international team including professor Mark Luckenbach of the Virginia Institute of Marine Science shows that the decline of oyster reefs is not just a local problem.

The team's global comparison of oyster reefs past and present shows that oyster reefs are at less than 10% of their prior abundance in 70% of the 144 bays studied, ranging from China to England to Australia to Brazil. Overall, they estimate that 85% of Earth's oyster reefs have been lost, typically due to overharvesting, habitat degradation, and disease.

The researchers note that the scope of oyster loss exceeds that for any other shallow-water marine habitats that have been similarly studied. "The most striking thing about our analysis," says Luckenbach, "is that it shows that oyster reefs are the most threatened of all shallow-water, structured habitats—more so than coral reefs, mangroves, or wetlands." 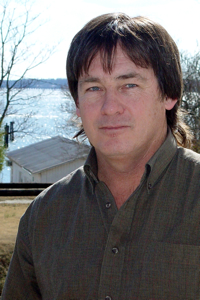 Luckenbach and his co-authors—who hail from California, China, Florida, Italy, New Jersey, Rhode Island, Tasmania, Uruguay, and Washington, D.C.—hope the results of their study will help overcome what they see as one of the most pervasive obstacles to successful management of oyster reefs: "the perception among managers and stakeholders that no major problems exist."

In addition to quantifying oyster-reef loss, the study also shows that recovery is possible, and suggests several management approaches that can aid restoration of oyster populations and the economic and ecological services they provide. Oysters filter water; offer food and habitat to fish, crabs, and birds; stabilize the shoreline; and have traditionally supported commercial fisheries.

The authors note that many of the countries in which oyster reefs remain most abundant have comparatively strong marine management policies. They suggest this link offers "a real, albeit unrealized, opportunity for reef recovery and conservation."

They further note that the few oyster reefs that have been protected, such as the "sanctuary reefs" in Chesapeake Bay, are showing signs of success. "These examples," write the authors, "indicate that protected areas are useful tools for oyster reef conservation and should be expanded."

Their other suggestions for improved oyster management include:

The researchers say their results also provide a useful yardstick for identifying reasonable goals for restoration and recovery, thus enhancing the chances for successful conservation and management.

They suggest, for instance, that restoration and recovery goals should require raising reef abundance and health to at least 10% of historical levels. That would equal a shift from "poor" to "fair" in the researcher's ranking scheme, which categorized the health of oyster reefs as "good" (less than 50% lost), "fair" (50% to 89% lost), "poor" (90% to 99% lost), and "functionally extinct" (more than 99% lost). They calculated the "percentage lost" by comparing current and historical oyster populations, with the historic records gathered anywhere from 20 to 130 years ago. 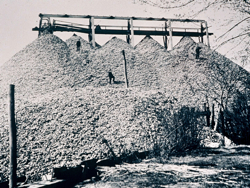 The researchers placed Chesapeake Bay in the "poor" category, with harvests continuing at approximately 1% of their peak levels (an annual harvest of 25,000 metric tons in the Virginian "ecoregion" today compared to harvests of 800,000 metric tons per year around 1890.)

They also call for more widespread mapping of reefs, noting that in many places the distribution of oyster habitat was better documented 100 years ago than it is today. They say the availability and relatively low cost of side-scan sonar, LIDAR, and other modern mapping techniques would facilitate this effort.

A better approach, they say, would be to measure the long-term value of the reef's ecosystem services, which can easily exceed the value of the harvested oysters. "The desired investment outcomes," they write, "should include rebuilding the natural capital of reefs for long-term sustainable harvests and greater resilience to storms."

"We have to recognize oysters for the reef habitat they provide," says Luckenbach. "We need to work with regulators and resource managers to ensure that oyster conservation and restoration efforts are designed not just to sustain a fishery, but to provide a vibrant reef and the ecosystem services if offers."

The team's study, Oyster Reefs at Risk and Recommendations for Conservation, Restoration, and Management, appears in the February 2011 issue of BioScience.