A global study by an international team including professor John Graves of the Virginia Institute of Marine Science has found that several species of tunas and billfishes are threatened and in need of further protection.

The team’s analysis—published in a recent issue of Science magazine’s Policy Forum—is the first study of global tuna and billfish populations using the methods of the International Union for Conservation of Nature (IUCN).

The IUCN Red List is the worldwide standard for assessing the status of species. Red List categories run from “least concern” to “near threatened,” “vulnerable,” “endangered,” “critically endangered,” “extinct in the wild,” and “extinct.” A threatened designation includes the middle three categories.

The study—part of the broader Global Marine Species Assessment—addresses concerns that the methods currently used to evaluate the status of tuna and billfish stocks are insufficient to sustainably manage the multi-national fisheries for these highly prized and highly priced fish—in 2011, a single bluefin tuna sold for almost $400,000. 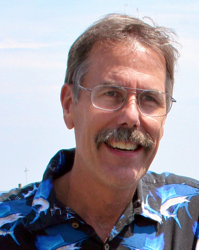 Stock assessments for tuna and billfish are typically based on catch data collected by Regional Fisheries Management Organizations, or RFMOs. Graves has served one of these organizations—the International Commission for the Conservation of Atlantic Tunas (ICCAT)—for the past 16 years, chairing the Advisory Committee to its U.S. Section.

Standardizing and sharing data among RFMOs has proven difficult, thus hindering efforts to understand the overall population status of tuna and billfish species, many of which are distributed globally.

In the current study, a review team of fisheries experts from the U.S., Barbados, Brazil, Canada, Chile, Peru, Spain, Switzerland, and Taiwan first compiled a global database of information from fisheries reports and scientific publications. They then analyzed the data using IUCN Red List criteria. Their results showed that 7 of the 61 species studied (11%) were threatened (i.e., vulnerable, endangered, or critically endangered), 4 species (7%) were “near threatened,” and 39 species (64%) were of “least concern.” Eleven species (18%) lacked adequate data and were thus classified as “data deficient.”

The proportion of threatened tuna and billfish species is higher than that of most other groups of marine bony fishes, with values closer to those recorded for other valuable and slow-reproducing species such as sharks. A previous IUCN study led by VIMS emeritus professor Jack Musick found that 17 to 33% of shark, skate, and ray species are in the threatened category. 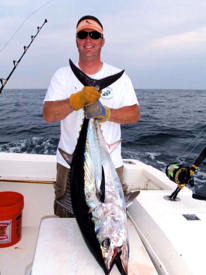 Graves and his co-authors write that the quickest road to recovery for the most-depleted stocks—Southern and Atlantic bluefin tunas—is to ban harvesting of these fishes until their populations can rebuild to healthy levels. They recognize that this would cause economic hardship and increase the incentive for illegal fishing, and thus call for strong deterrents such as controlled international trade through a listing of these species on the Convention on International Trade in Endangered Species of Wild Fauna and Flora (CITES).

The scientists note several examples where strict monitoring and compliance measures have led to successful recovery of tuna, mackerel, and billfish species.

The IUCN Red List process provides a useful worldwide standard for assessing and comparing extinction risks among all organisms—both marine and terrestrial. But Graves and other members of the IUCN review team note this “one-size-fits-all” approach also has drawbacks, especially when applied to heavily fished species such as tunas.

Although the IUCN review team doesn’t think that these drawbacks significantly affect their findings, they have notified the IUCN of inconsistencies between Red List methods and the methods typically used to assess and manage fishery stocks.

Their concerns focus on the IUCN’s “rate of decline” criterion. This compares the rate at which a population is decreasing to the age at which individuals in the population reach sexual maturity (between 5 and 20 years for tunas).

The team describes two cases where uncritical application of the rate-of-decline criterion could lead to misleading threat assessments for tunas and billfishes. One is when a population maintains a low but steady level following an earlier precipitous drop due to overfishing. Uncritical application of the rate-of-decline criterion in this case would underestimate threat by placing the population in the “least concern” category, when it may well be vulnerable to extinction in the long term due to genetic effects and natural fluctuations.

The second case would overestimate the threat to a population. This could occur if the IUCN rate-of-decline criterion were applied to a previously un-fished or “virgin” stock that had been quickly culled to a level matching its “maximum sustainable yield”—the goal of fishery managers attempting to ensure the largest on-going harvest.

Rapid depletion of a population to its maximum sustainable yield—typically 40-50% of the virgin stock for tunas—would place it in the vulnerable category on the IUCN Red List, directly contradicting a fishery manager’s view that this is a well-managed and sustainable fishery.