Fisheries management has traditionally been guided by data on population abundance and harvest size. A new study by researchers at the Virginia Institute of Marine Science shows the importance of adding the quality of coastal habitat to the factors that can affect the health and sustainability of commercially targeted fish and shellfish species.

The study, one of nine theme articles on “The Value of Coastal Habitats for Exploited Species” in the ICES Journal of Marine Science, was led by VIMS professors Rochelle Seitz and Rom Lipcius, along with colleagues in Sweden and the Netherlands.

The theme articles stem from a research plan initiated during a workshop in Copenhagen, Denmark in 2012. Co-chaired by Lipcius, the workshop was hosted by ICES—the International Council for the Exploration of the Sea—a network of more than 4,000 scientists from almost 300 marine institutes in 20 countries in Eurasia and North America.

ICES has now also convened a formal Working Group on this emerging topic. The group, chaired by Lipcius, first met in 2013 and held its second annual meeting earlier this month at the Centre of Oceanography at the University of Lisbon, Portugal. 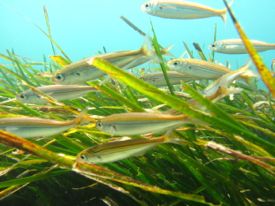 Seitz says “research by our work group demonstrates that coastal habitats play a key role in the survival and growth of many commercially important fishes, especially as spawning, feeding, and nursery areas during their early life-history stages. Our results clearly indicate that fishery-management efforts need to be directed not only at maintaining fish stocks, but also at preserving and restoring the habitats that are essential for fish and shellfish populations.”

Seitz, who wrote the introduction to the theme set, adds “this is a global issue that is also very important for ecosystems in Chesapeake Bay and the mid-Atlantic bight, where extensive coastal habitats support species such as blue crabs, herring, and cod.” Lipcius says the group is using the blue crab and Chesapeake Bay’s native oyster as “model species.”

“Our analysis highlights the importance of coastal habitats to population persistence and fishery yield,” says Seitz. “It shows that almost half of the analyzed species use coastal habitats, and that these coastal stocks contribute 77% of the commercial landings of species for which ICES gives management advice.”

“Overall, the nursery function was the most prevalent,” says Seitz, “occurring in 30% of the species, followed by feeding grounds for 20%, spawning areas for 10%, and migration routes for 8%.”

A second paper in the theme set—co-authored by North Carolina State University professor and VIMS alumnus Dave Eggleston along with colleagues from Portugal, France, and the Netherlands—reviews for exploited species quantitative assessments of habitat-specific rates of immigration, emigration, growth, and mortality. Other articles in the theme issue examine seagrass and juvenile-fish habitats in Chesapeake Bay; the role of ecosystem-based management in Chesapeake Bay, Puget Sound, and Galveston Bay; and several aspects of coastal habitats at sites throughout Europe. 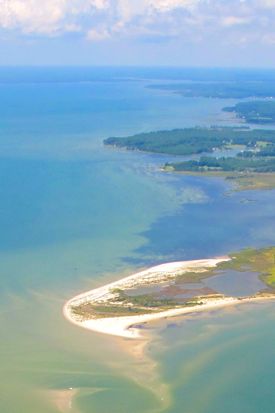 “Overall,” says Seitz, “we hope that the 9 articles in the theme set will help focus attention, trigger opinions, and stimulate discussion and activity regarding the value of coastal habitats for exploited species.”

Lipcius says a better quantitative understanding of habitat use and habitat-specific demographic rates—the ultimate goal of the ICES working group—is “critical for informing the numerical and statistical models that are used to determine whether coastal habitats are truly essential and limiting to population growth and fishery production.”

“Future studies should focus on quantifying the degree to which individual species and populations depend on coastal habitats,” says Seitz. “That knowledge would aid in defining key habitats for protection and restoration, and provide the baseline data needed to define knowledge gaps for quantifying the habitat value for exploited fish and invertebrates.”

The authors recommended that future studies should include efforts to create comprehensive habitat maps and to develop census techniques that can be applied to kelp forests, rocky shores, and other complex, hard-bottom habitats.