Professor Emmett Duffy of the Virginia Institute of Marine Science is one of 17 prominent ecologists calling for renewed international efforts to curb the loss of biological diversity, which is compromising nature’s ability to provide goods and services essential for human well-being.

The researchers present their findings in the June 7 edition of the journal Nature, in an article titled “Biodiversity loss and its impact on humanity.” The paper is a scientific consensus statement summarizing evidence that has emerged from more than 1,000 ecological studies in the 20 years since the Earth Summit in Rio de Janeiro. The Rio Summit resulted in 193 nations supporting the Convention on Biological Diversity and its goals of biodiversity conservation and the sustainable use of natural resources.

According to the international research team, led by the University of Michigan’s Bradley Cardinale, strong scientific evidence has emerged during the past two decades showing that loss of the world’s biological diversity reduces the productivity and sustainability of natural ecosystems and decreases their ability to provide society with goods and services like food, wood, fodder, fertile soils, and protection from pests and disease. 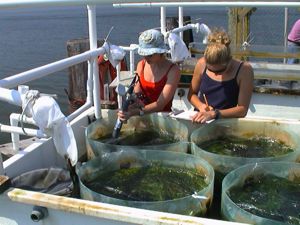 Says Cardinale, “Much as the consensus statements by doctors led to public warnings that tobacco use is harmful to your health, this is a consensus statement by experts who agree that loss of Earth’s wild species will be harmful to the world’s ecosystems and may harm society by reducing ecosystem services that are essential to human health and prosperity.”

Duffy, whose research focuses on the role of biodiversity in marine ecosystems, adds “This new consensus confirms that losing wild species is not merely an aesthetic problem—it chips away the natural infrastructure that provides us with food security, pest control, and other key benefits we depend on."

Human actions are currently dismantling Earth’s natural ecosystems, resulting in species extinctions at rates several orders of magnitude faster than observed in the fossil record. Even so, says the team, there’s still time—if the nations of the world make biodiversity preservation an international priority—to conserve much of the remaining variety of life and to restore much of what’s been lost. An estimated 9 million species of plants, animals, protists, and fungi inhabit the Earth, sharing it with some 7 billion people—up from 5.2 billion people in 1992.

“Two decades of evidence make it clear that investing in biodiversity protection represents an insurance premium that pays back in food security and long-term prosperity,” says Duffy.

The call to action comes as international leaders prepare to gather in Rio de Janeiro on June 20-22 for the United Nations Conference on Sustainable Development, known as the Rio+20 Conference. 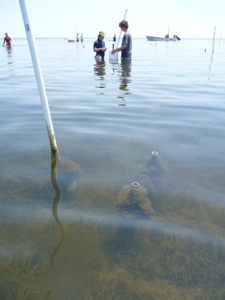 The 1992 Earth Summit caused an explosion of interest in understanding how biodiversity loss might impact the dynamics and functioning of ecosystems, as well as the supply of goods and services of value to society. In the Nature paper, the research team reviews published studies on the topic and lists 6 consensus statements, 4 emerging trends, and 4 “balance of evidence” statements.

The balance of evidence shows, for example, that genetic diversity increases the yield of commercial crops, enhances the production of wood in tree plantations, improves the production of fodder in grasslands, and increases the stability of yields in fisheries. Increased plant diversity also results in greater resistance to invasion by exotic plants, inhibits plant pathogens such as fungal and viral infections, increases above-ground carbon sequestration through enhanced biomass, and increases nutrient remineralization and soil organic matter.

“No one can agree on what exactly will happen when an ecosystem loses a species, but most of us agree that it’s not going to be good. And we agree that if ecosystems lose most of their species, it will be a disaster,” says Shahid Naeem of Columbia University, another co-author.

“Twenty years and a thousand studies later, what the world thought was true in Rio in 1992 has finally been proven: Biodiversity underpins our ability to achieve sustainable development,” Naeem says.

Despite far-reaching support for the Convention on Biological Diversity, biodiversity loss has continued during the past two decades, often at increasing rates. In response, a new set of diversity-preservation goals for 2020, known as the Aichi targets, was recently formulated. Also, a new international body called the Intergovernmental Platform on Biodiversity and Ecosystem Services was formed in April 2012 to guide a global response toward sustainable management of the world’s biodiversity and ecosystems.

Significant gaps in the science behind biological diversity remain and must be addressed if the Aichi targets are to be met, Cardinale and his colleagues write in Nature.

Without an understanding of the fundamental ecological processes that link biodiversity, ecosystem functions, and services, attempts to forecast the societal consequences of diversity loss and meet policy objectives are likely to fail, the 17 ecologists write. “But with that fundamental understanding in hand, we may yet bring the modern era of biodiversity loss to a safe end for humanity,” they conclude.

In addition to Cardinale, Duffy, Naeem, and Hooper, co-authors of the Nature paper are Andrew Gonzalez of McGill University; Charles Perrings and Ann P. Kinzig of Arizona State University; Patrick Venail and Anita Narwani of the University of Michigan; Georgina M. Mace of Imperial College London; David Tilman of the University of Minnesota; David A. Wardle of the Swedish University of Agricultural Sciences; Gretchen C. Daily of Stanford University; Michel Loreau of Centre National de la Recherche Scientifique in Moulis, France; James B. Grace of the U.S. Geological Survey; Anne Larigauderie of the Museum National d’Histoire Naturelle in Rue Cuvier, France; and Diane Srivastava of the University of British Columbia.

The work was supported by grants from the National Science Foundation and funding from the University of California, Santa Barbara, and the state of California.

“Water purity, food production, and air quality are easy to take for granted, but all are largely provided by communities of organisms,” says George Gilchrist, program director in the National Science Foundation’s Division of Environmental Biology, which funded the research.

“This paper demonstrates that it is not simply the quantity of living things, but their species, genetic, and trait biodiversity, that influences the delivery of many essential ‘ecosystem services,’” Gilchrist says.