An Introduction to Ecosystem Modeling

"A complex field such as oceanography tends to be subject to two opposite approaches.  The first is the descriptive, in which several quantities are measured simultaneously and their interrelationships derived by some sort of statistical method.  The other approach is the synthetic one, in which a few resonable although perhaps oversimplified asumptions are laid down, these serving as a basis for mathematical derivation of relationships."
- Gordon A. Riley (1946)

With these words, Gordon Riley began his revolutionary development of the first numerical, dynamic, mechanistic model of a marine ecosystem—in his case, the annual phytoplankton dynamics on Georges Bank. Since that time, the field of marine ecosystem modeling grew with a particular flowering during the 1970s with the development of systems ecology by HT Odum and colleagues, resulting in many still classic models designed to understand system structure and function.The field exploded in the mid-1990s with the development of powerful desktop computers and has come into its own as a widely used tool in both research and management of marine ecosystems. 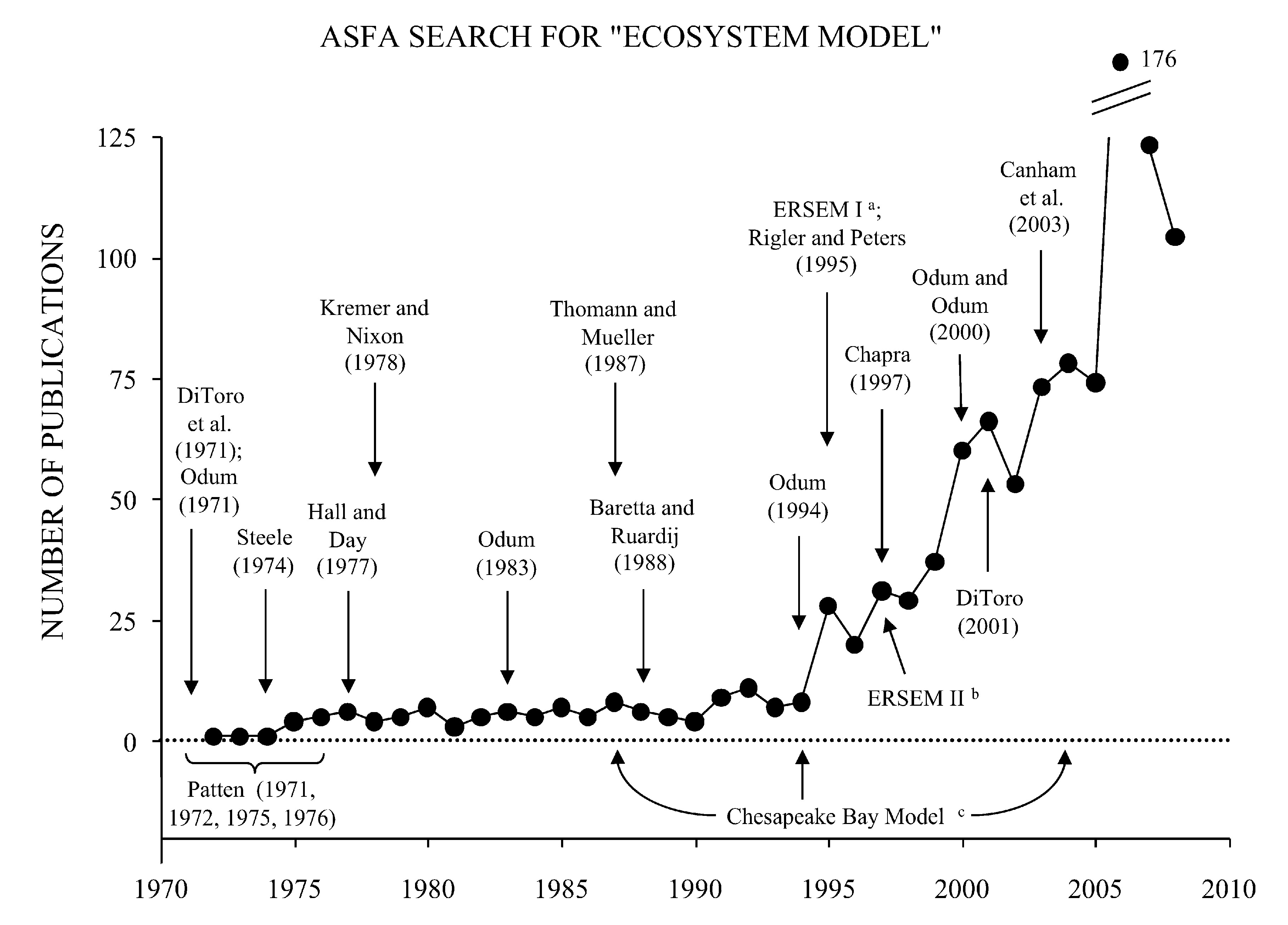 Modeling is the process of building a mathematical abstraction of an actual system. The purpose in ecological modeling is often systems analysis, an approach that attempts to understand fundamental attributes of ecosystems with the goal of predicting behavior. Or a model can be purely descriptive, a way of discovering the mechanisms that explain the structure or behavior of an ecosystem.